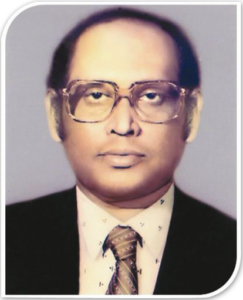 Mr. Serajuddin Ahmed was a legendary entrepreneur of Bangladesh. With his innovation, leadership and perseverance, Serajuddin Ahmed built a business empire from scratch. Starting with a small chemical factory in Agrabad (Chittagong) in 1952, Mr. Serajuddin Ahmed, expanded and grew his empire (Elite Group of Companies) within a very short span of time.

To his followers, Serajuddin Ahmed was a hero, to his contemporaries he was an icon, to young entrepreneurs he was a mentor and to regulators he was an amazing symbol of fairness. In his approach to business, Serajuddin Ahmed always put people's welfare at the focal consideration of entrepreneurship that made him different from other top businessmen in the country. Therefore, there has never been a single incident of labour unrest in any of his enterprises. Many of them still serving. Serajuddin Ahmed symbolizes hard work, vision, transparency and foresightedness, a combination very rare in the developing world. The early sad demise of Mr. Ahmed on 1 May 1985 at the age of 54 is truly an end of an era.